Members of Rapid Action Battalion (RAB) have arrested the owner of a house accused of evicting a family with three children for not being able to pay one month rent at Panthapath in the capital. The arrested owner of the house is identified as Nur Akhter Shampa. She was arrested from Dhanmondi area around 8 pm on Tuesday.

Major HM Parvez Arefin of RAB-2 said that a case of beating the tenant and attempt to murder was filed against Shampa. Arefin said, “We kept her under regular surveillance. She was arrested from a road in Dhanmondi at night. After questioning, she will be handed over to the police.

Earlier, on Sunday night, the landlord, Shampa, beat the couple and forced to leave the house with their three children and including a two-month-baby, who lived on the second floor of the house No.58/7 at Panthapath because of one month’s house rent left. 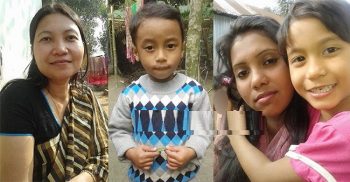 Four people, including children of the same family, killed in Gazipur