In Khulna, 53,000 hectares of land is cultivated this year. The yield has been good. But when farmers are worried about the need for workers in the situation that has been caused by the outbreak of the coronavirus. Immediately, the farmers came to the side of the farmers’ party. The farmer’s face is smiling at them during this winter.

Since Thursday morning, half a hundred farmers, led by former agricultural loan and full-time editor Ofamat Halima Rahman of the Farmers League, were seen cutting rice in different fields in the Ray Mahal area of Khulna city. At this time, shafiul Islam, a farmer from Raymahal, said that I was very worried about the boro rice harvest because of the employment of labourers due to the Corona virus. But when I saw the farmers’ leaders coming and helping to cut rice, I was relieved.

They have been cutting rice in different fields for the past few days in the area. Farmers League leader Halima Rahman told Inkilab that at the prime minister’s invitation, bangladesh farmers’ league central committee president, agricultural isist Sameer Chand and general secretary advocate Umme Kulsum Smriti MP called us to stand by the farmers.

He said the Bangladesh Farmers League was always on the side, side by side and side by side, not just the rice harvest. The attendees were Awami League leader Khan Nurjan, businessman Mujib Rahman, senior activist Palas Shikdar, Rubel Ahmed, Mo. Gisan, Green Ahmed, Rokan etc.

After a long 22 years, Shamim Osman at Mayor Ivy’s house 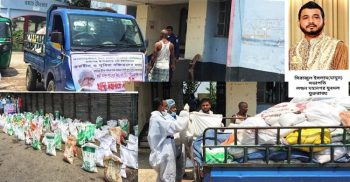 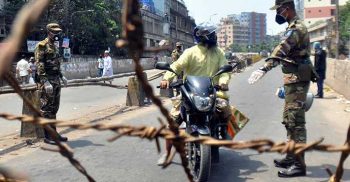