In gopalganj, a woman health worker was ordered to build a hut in a secluded pond in a secluded place and put her in quarantine. It is reported that a woman health worker works in a hospital in Dhaka. He came home on Tuesday (April 21) with a holiday. But after coming home, the local Awami League leader ordered him to build a pond in a dry pond in the quiet place and put him in quarantine.

The women health worker has been living there for almost a week, wet in the sun. The incident took place in the village of Lakhanda in Sadullahpur Union in Kotalipara district of Gopalganj. The issue has been criticized on social media. It is reported that the health worker who worked at Imphals Hospital in Dhaka. He was discharged by the hospital authorities due to the Corona virus. He came home on vacation. As news of his arrival spread in the area, the local health worker was forced to build a hut in a pond about 400 meters away from his house and put him in quarantine, according to Prashant Badai, the organizing secretary of the Sadullahpur Union Awami League.

“I have been living here for almost a week, wet in the sun, in the rain,” the victim’s health worker said. As a health worker, I have provided health care to a lot of people. And today, my health is under threat from here. I didn’t know that people could be so cruel. The mother of the health worker said, “I don’t have a husband.” My daughter’s income is a family. My daughter hasn’t got married yet. He is kept in a pool. If something happens to my daughter, who will take responsibility? The Awami League leader of the region, Prashant Badai, put my daughter here. I’m looking forward to the administration’s intervention. 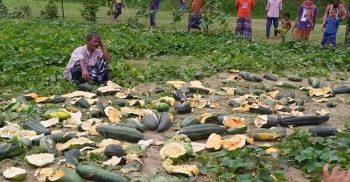 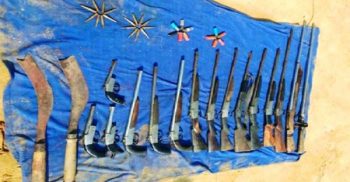