Two Rohingya robbers were killed in a gunfight with the members of Rapid Action Battalion (RAB) in Teknaf Upazila in Cox’s Bazar. The incident took place on Friday morning near Pashchim Pahar of Muchni Nayapara Rohingya Camp No 26 under Hnila UP. At the time, 15 firearms including rifle, one shooter gun, several bullets and two machetes were recovered from the spot.

The deceased were identified as Mohammad Abdul Hakim, son of Abdul Hamid of D block of Nayapara camp No 26 and Mohammad Rashid Ullah, son of Azizullah of the camp. Acting on information that armed Rohingya terrorists of the Zakir group were taking preparation for a robbery on a hill of the Rohingya camp, a team of RAB conducted a drive there, said Biman Chandra Karmakar, company commander of the RAB Teknaf camp.

As soon as the elite force members reached there, the terrorists opened fire on them, prompting them to fire back, triggering the gunfight. Several RAB members injured during the gunfight. After the skirmish, two bodies and firearms were recovered. Later, the deceased were identified as the Rohingya terrorists of the Jakir Group. The bodies were sent to Cox’s Bazar for autopsy.

22,000 meters of illegal nets including fish were seized in Kalapapara 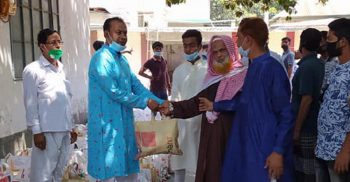 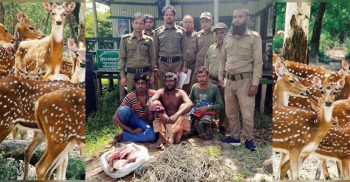