2.various of the flooded areas

3.various of Peninah Onigi at her home

Lake Victoria’s water levels have risen to 13.42 meters, its highest mark in more than a half-century.

Residents living on the beaches near Lake Victoria, a part of the Great Lakes of Africa, have seen multiple rounds of torrential rainstorms.

These storms caused severe flooding across Kisumu County, which has left more than 200 people dead and thousands more displaced in the region.

According to an assessment conducted by the Lake Victoria Basin Commission (LVBC), the water volume in Africa’s largest freshwater lake increased marginally compared to the 13.41-meter mark recorded last on May 5, 1964.

Peninah Onigi, a resident of Kisumu County for a decade, is one of the 65,000 residents who has been adversely affected by the flood.

In fact, Onigi’s land is now fully submerged by water.

“It was a bushy shamba when we bought it. It was a good piece of land. Residents say that the water from the lake started going into their homes in January this year.”

The LVBC has proposed regional strategies for emergency and disaster preparedness to prevent more deaths and destruction in the future.

Air quality in the country continued to improve, with 337 cities at and above the prefecture-level recording good air quality on an average of 82 percent days last year, according to the report issued by the Ministry of Ecology and Environment.

Surface water quality mostly kept improving. Some 74.9 percent of surface water monitored by the ministry was graded Class I to III (good quality) last year, up 3.9 percentage points from 2018, while that of Class V fell to 3.4 percent from 6.7 percent in 2018.

Surface water quality is divided into five classes in the country, with Class I being the best.

Carbon dioxide emissions per unit of GDP fell 4.1 percent in 2019 from the previous year, meeting the country’s annual target, according to the report.

Considering lucid waters and lush mountains as invaluable assets, China has made great strides in tackling pollution and shifting to an environmental-friendly development path.  ■

The vouchers, which are expected to be issued and valid from June 6 to July 20, include general consumption coupons, supermarket coupons and lucky coupons, with each saving consumers about 25 to 80 yuan, it said.

According to the government, consumers can use the coupons in designated places and the corresponding amount will be automatically deducted.

Many Chinese cities, including Nanjing in east China’s Jiangsu Province and Ningbo in east China’s Zhejiang Province, have launched coupons to encourage residents to dine out and shop, in an effort to boost consumption which was severely affected by the COVID-19 epidemic.  ■ 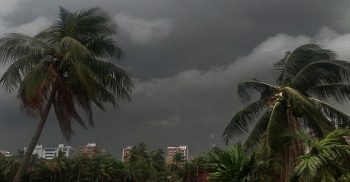 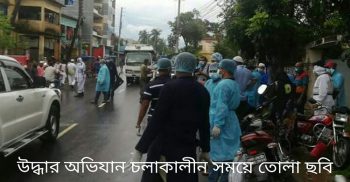