Munni’s defame case against Asif: what say the rival duo

Asif Akbar, the prince of Bengali music has released 3 albums together with Dinat Jahan Munni. They have also roled in playback in about 15 movies. But suddenly their relationship deteriorated. Munni has filed a defamation suit against Asif. Munni was sent to Hatirjheel police station on Thursday when she went to the Ramna Cyber ​​Crime Office to lodge a complaint. There he lodged a written complaint against Asif. The case has been taken in the light of the allegations.

In this regard, Munni said, “A man is forced to sue only when his back is against the wall. Asif has been taking me on Facebook for a few days with indicative status. There his fans are making bad comments about me.” Munni said “Senior cybercrime officials had warned Asif about this. On the contrary, Asif said, if you can, do something. I live in a society with sons and daughters, relatives, if it continues like this, everyone will think that Asif’s statement is correct! So I took action. I have always respected the law. Hopefully, I will get a fair trial.”

Regarding the case, Asif Akbar said, “I always follow the path of truth.” No fear can make me stopped. Apart from that, I did not give any status directly to Munni. Why did she involve herself?” Asif added, “I have experience in prison.” But I want to show people what traitors look alike. (I Have) readied all answers to questions, I also have solid witnesses. There are also some surprises too. No one will get an exclusive opportunity like last time.”

Earlier, on June 4, 2018, Asif Akbar had to go to jail in a case filed by lyric composers Shafiq Tuhin and Pritam Ahmed. However, he was released from prison five days later. That case is still ongoing. 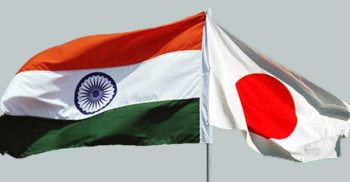