The body of Former Home Minister and Awami League praesidium member Advocate Sahara Khatun will be brought back home from Thailand on Friday night. Dhaka Dakshinkhan Awami League general secretary Masudu Uzzaman Mithu confirmed the information to Daily Bangladesh on Friday. He said that an air ambulance carrying the former minister’s body is likely to reach at Hazrat Shahjalal International Airport in Dhaka from Thailand around 12:00 am Bangladesh time.

Masudu Uzzaman also told Daily Bangladesh that Sahara Khatun will be buried at Banani graveyard. Namaz-e-janaza might be held in Uttara and Tejgaon. However, some issues have not been decided yet. Earlier on July 6, Sahara Khatun was admitted at Bumrungrad International Hospital in Thailand’s capital Bangkok. She passed away on Thursday night while undergoing treatment there at the age of 77.

The Awami League leader was admitted to the hospital on June 2 with fever and some old age complications. Later on June 22, she was shifted to the Intensive Care Unit (ICU) of United Hospital as her condition deteriorated. From there, she was taken to Thailand’s capital Bangkok for better treatment by an air ambulance.

Next hearing against Khaleda October 17 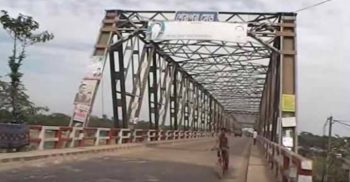