State Minister for Youth and Sports Zahid Ahsan Russel was present as the chief guest at the inaugural function of the tournament, which was organized to celebrate the birth centenary of the Father of the Nation and commemorate his three sons. MA Razzak Khan Raj, Chairman, Minister Group and Director, FBCCI, Sujib Ranjan Das, Director, FBCCI and dignitaries from the country’s sports and politics were also present on the occasion. 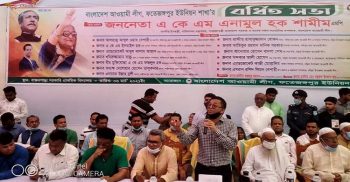