To build and expand the startup community, the Innovation Design and Entrepreneurship Academy (iDEA) project of Bangladesh Computer Council under the ICT Division started organizing a 4-day incubation program in Mymensingh.

The four-day event, which started today on 14 March, will continue till March 17, 2021, at the Bhasha Shahid Abdul Jabbar auditorium Zilla Parishad Mymensingh. As a result of this mentoring program, growing startups of Mymensingh Division are getting the opportunity to participate in the free mentoring program. Around 60 young innovators from 30 startups selected from the applications received took part in the event.

Hon’ble State Minister of Cultural Affairs Mr. K M Khalid, MP was present as the Chief Guest at the inaugural program of the Incubation Program held on 14 March 2021. He urged the youth to be patient and move forward on the path of success. Noting the importance of “enterprise”, he said, “Enterprise” should not be lost and if “enterprise” is not lost, it is possible to go a long way, but one has to stick to any enterprise. He added, “Bangladesh will not lose its way in a country where there is leadership like that of the Hon’ble Prime Minister.”

The 4-day mentoring program includes different topics including design challenges, pitch decks, ways to solve several challenges related to startups. This incubation program will play an important role in shaping the startup ecosystem in the Mymensingh Division of Bangladesh. It is to be noted that such initiatives will play a significant role in making the local entrepreneurs more efficient in the future.

Md. Mukhlesur Rahman Mamun, President of Mymensingh Startup and Mymensingh District Administration are working in collaboration with the program. 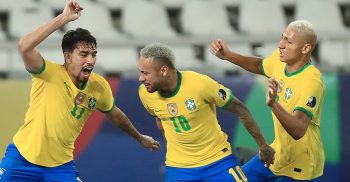