Tree planting in Mahipur on the initiative of Juba League

A tree has been planted at Mahipur in Patuakhali on the occasion of the birth centenary of Father of the Nation Bangabandhu Sheikh Mujibur Rahman at the initiative of Juba League. On the last afternoon of Friday (July 18), Mahipur Sadar Union Juba League planted saplings of various types of trees including fruits, forest and medicinal plants.

Convener of Mahipur Thana Juba League AM Mizanur Rahman Bullet said the tree planting program was carried out at the call of Central Committee of Bangladesh Awami Juba League and Patuakhali District Juba League convener Arifuzzaman Rony to commemorate the birth centenary of Father of the Nation Bangabandhu. He said the program would be continued in every union of Mahipur police station in phases.

In Dashmina, a road worth Tk 10 crore sank in the Tentulia river 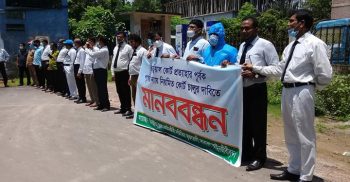 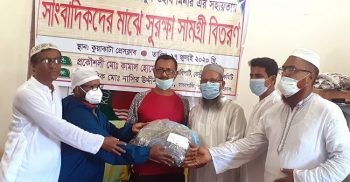 PPE distribution among journalists in Kuakata