Bangladesh Water Development Board executive engineer Sultan Mahmud said they have begun repair work soon after the collapse of the embankment. He expressed hope that the repair work will be completed by Sunday as the pressure of flood water is low there. The water of the Padma River is flowing 104 cm above the danger level at Goalanda point in the district. Houses, valuables, cattle, trees of the area have been washed away due to the force of the flood water, creating panic among local people.

Faridpur Superintendent of Police M Alimuzzaman said police posts have been set up at the localities to protect the lives and valuables while the district’s Deputy Commissioner Atul Sarker asked the teams to help the inundated family members after paying his visit to the spot. Meanwhile thousands of families in Decreer Char, Sadiqpur, Bhajondanga, Godadhor Dangi villages and some adjoining areas have been marooned by the flood water last couple of days.

In Dashmina, a road worth Tk 10 crore sank in the Tentulia river 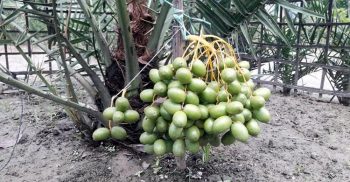