The condition of the right side of Ghoraghat Upazila Nirbahi Officer (UNO) Wahida Khanam, who underwent the brain surgery at the National Institute of Neurosciences and Hospital following serious injuries she suffered in an attack by miscreants, has improved a little bit. She is now trying to move the fingers of her right hand, said physicians. Stitches on the UNO’s face was opened on Thursday and that on her head will be removed on Saturday.

The medical board formed for her treatment will then take the further decision. On Monday, the UNO was shifted to the high dependency unit from the intensive care unit following improvement of her condition. However, the right side of her body got paralysed. Miscreants stormed the official residence of the UNO in the early hours of of September 3 and beat her and her father Omar Ali with hammers, leaving them injured.

They were first taken to Sadar Hospital from where Wahida, 35, was shifted to a Rangpur hospital where she was given treatment at its intensive care unit. The UNO was airlifted to Dhaka and admitted to the National Institute of Neurosciences and Hospital on September 3. She underwent the brain surgery on the same day. 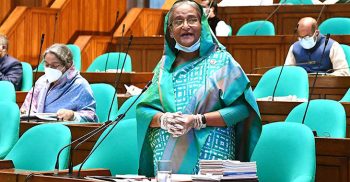 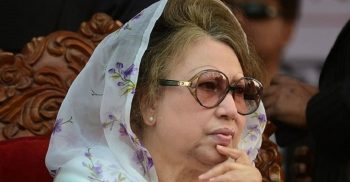